Titicaca Lake and Sun Island. This island is located in the southern part of Lake Titicaca. It is part of the modern Plurinational State of Bolivia. Geographically, the terrain is harsh; it is a rocky, hilly island. There are no motor vehicles or paved roads on the island. The main economic activity in Titicaca Lake and Sun Island is farming, with fishing and tourism augmenting the subsistence economy. Of the several villages, Yumani and Cha’llapampa are the largest. There are over 80 ruins on the island. Most of these date to the Inca period circa the 15h century AD. Archaeologists have discovered evidence that people lived on the island as far back as the third millennium BCE. Many hills on the island contain agricultural terraces, which adapt steep and rocky terrain to agriculture. Among the ruins on the island are the Sacred Rock, a labyrinth-like building called Chicana, Kasa Pata, and Pilco Kaima. In the religion of the Incas, it was believed that the sun god was born here. The Aymara name for the island is Titi’kaka. It is not known what was the original meaning of this word. Some linguists and archaeologists believe the name to be a corruption of Titi (puma) and Kala (rock). In the 1612 Aymara-Spanish dictionary of Ludovico Bertonio, the phrase Tahksi kala is listed as “piedra fundamental” or “foundation stone” possibly alluding to the origin story of the Inca that the Sun and Moon were born in the lake.

This island is located in the southern part of Lake Titicaca. It is part of the modern Plurinational State of Bolivia. Geographically, the terrain is harsh; it is a rocky, hilly island.

The journey begins arriving at Copacabana. From here we take a boat to the Sun Island, which legend has it that the Incan empire was born at, a millenary culture that still leaves traces of their traditions, for example, the apthapi, one of their customs that you’ll be able to take part of as you have lunch in a community focused experience. Hike the ancient steps to find “La Fuente de la Juventud” or the Spring of youth, enjoy a wonderful scenery and arrive at a balcony that lets you take a moment to realize the magnitude of this lake as seen from above. Get in touch with the locals and get to understand a vision of the world very different from what we think. One more stop is the reminder of the Pilkokaina Palace, ancient ruins that will sure surprise you. And as the day comes to an end, the dusk presents an opportunity to witness a beautiful sunset over the lake while enjoy a delicious dinner. 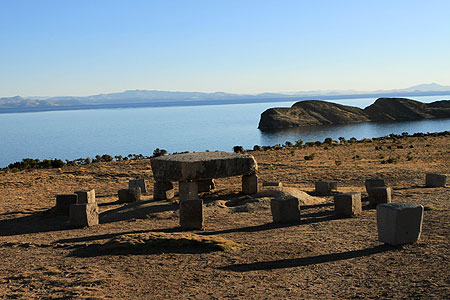 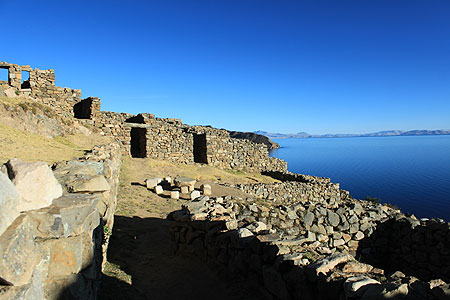 After a delicious breakfast, back at Copacabana by boat. We visit the home of the famous Miracle Virgin María, kept at the 400-year-old church of Candelaria, make sure to follow the locals at bringing your wishes to her attention, she might just grant them. Walk through colorful local marketplaces, where “pasancallas” a local snack, reigns supreme. Have lunch in a local restaurant. The adventure is done for the day, so get ready to travel back to La Paz.

Mountain Bke Maras Moray. This is a great one day trip for anyone who enjoys biking and includes visiting not...

Horseback trip to inka Raccay. This mountain, Apu Wanakaure is located about 13 klm. south of the city of Cusco...

Lares trek & Machu Picchu. One of the most incredible ways to visit Machu Picchu is through the Salkantay trek....

Amazon Jungle with Canopy walkway special. Adventure with the Canopy Walkway spanning over 500 meters (one-third of a mile), connected...

PERU TRAINS. LUXURY HIRAM BINGHAM TRAIN Have you ever dreamed of traveling through the Peruvian Andes on a train modeled...

The Moche Route Tour. Peru From La Libertad to Lambayeque, this route will take you on a journey to the...